'Cut the cord' today with our TV antenna installation service!

"The most affordable TV experience."

Tired of paying for cable or satellite TV?

Then Free Antenna TV is probably for you!

Tuff Techies has been helping people cut the cord since 2015 using a combination of a long distance HDTV antenna, as well as streaming services like Netflix, Amazon, Hulu and more. Our 5-star TV Antenna Installation Crew has liberated 100’s of customers from cable and satellite subscriptions, saving our customers $1,000’s of dollars every year.

What’s OTA TV you ask? Over-The-Air (OTA TV) Television refers to the transmission of free high-definition TV broadcast signals from local TV stations in your area. The only thing needed to capture these signals is a quality TV antenna and a TV.

So what do I get? The stations that are included in this category are the channels that you currently watch on cable or satellite to view local news and major network shows. Most of these channels are network affiliates of large national networks such as: ABC, NBC, CBS, and Fox. However, they are not limited to these networks and can include smaller independent stations like: PBS, MeTV, ESCAPE, CW, and more. 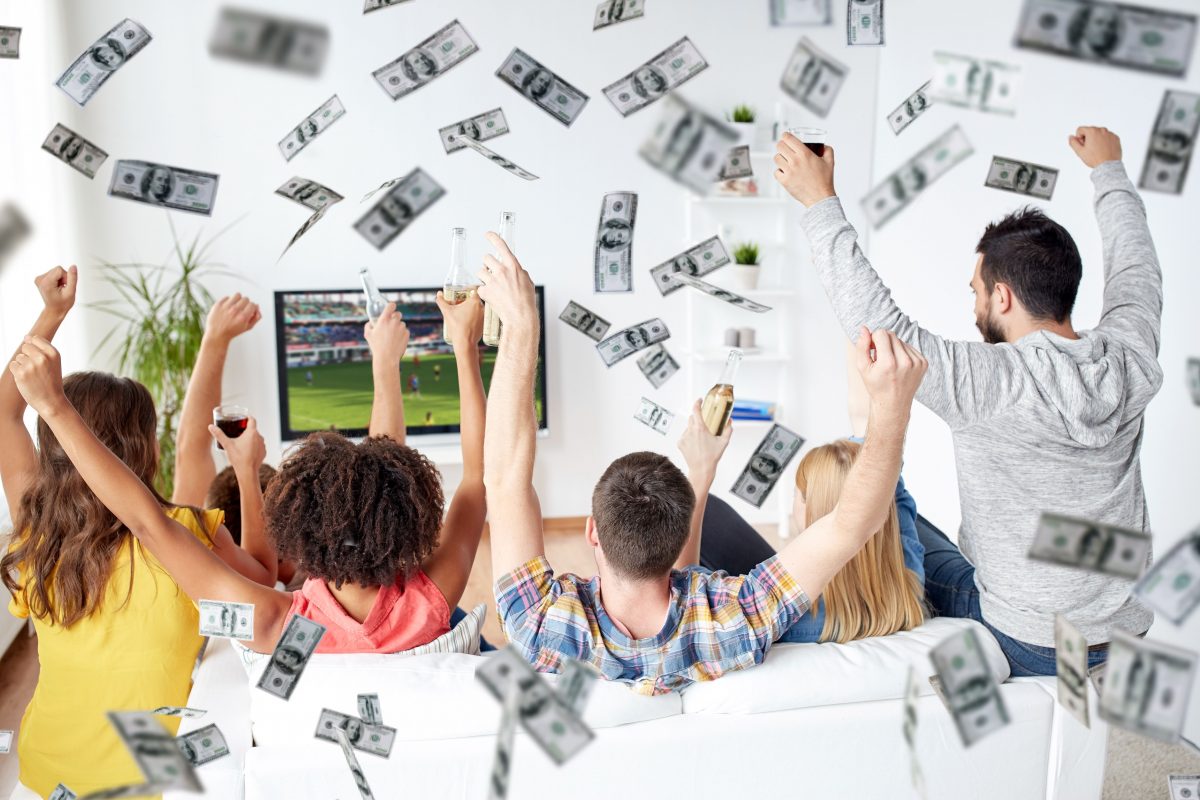 “Cable TV is undeniably expensive. With the average bundle sitting around $105, it costs substantially more than a cell plan and some people’s electricity. But it hasn’t always been this way: According to a new report from Kagan, prices have increased by 74% since 2000, even when accounting for inflation.”

“The easiest, and cheapest solution that consumers have flocked too are over-the-air broadcasts, which are absolutely free with a cheap antenna hooked up to your big screen television.”

“Having and using antenna TV for entertainment, is just like having solar panels for your electricity. Once the antenna and installation are paid for, watching TV will be 100% free for years to come!” 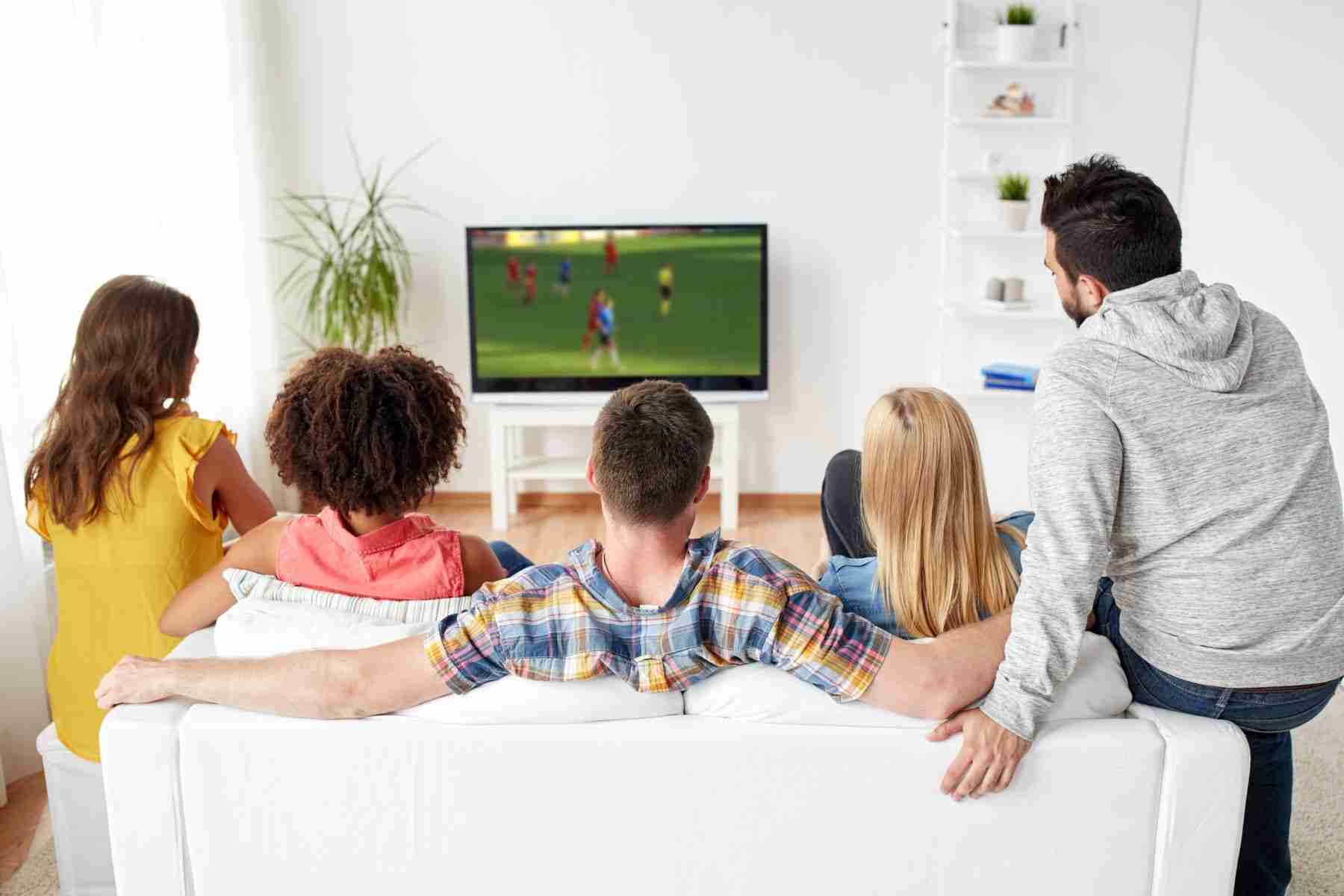 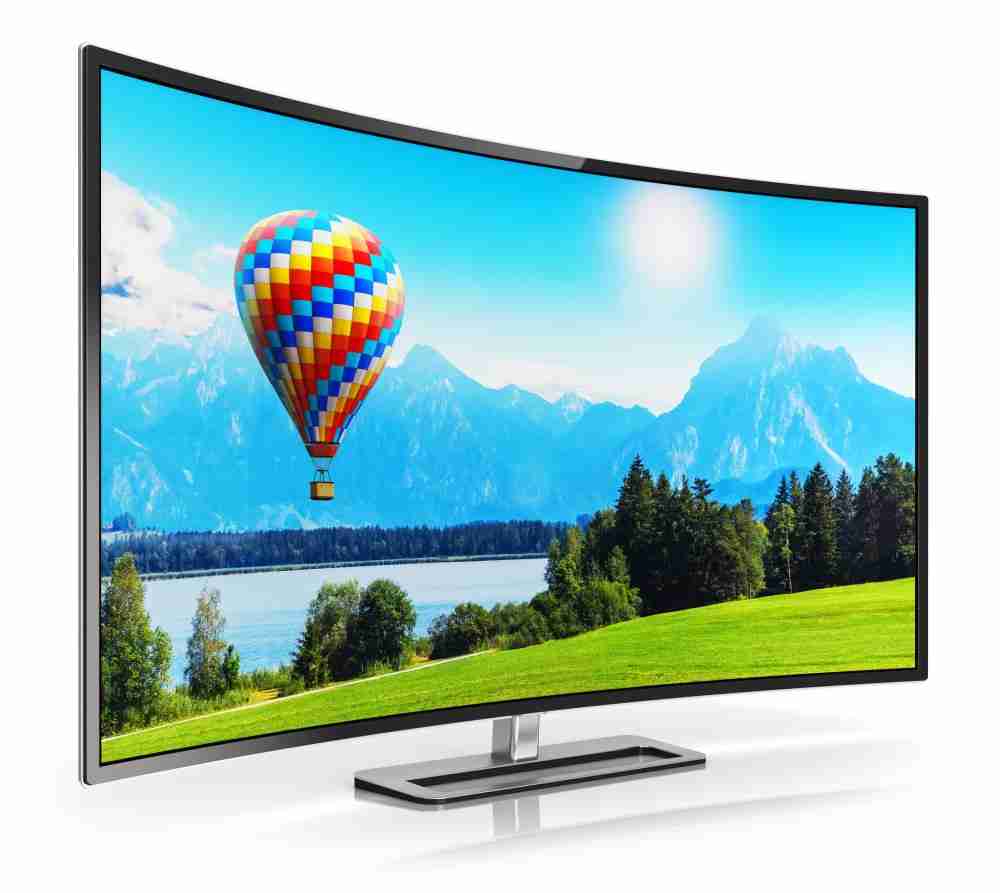 Before you cut the cord, make a note of all the programming you watch. Each TV entertainment experience is a unique as the individual’s viewing preferences. The average cable or satellite subscriber only watches up to 17 channels, and most of them are free with a TV antenna.

How smart is your TV?

To bring all your content together in one place, you will need a Smart TV, or you can make any TV smarter with a streaming media player or a set-top converter box with an analog TV. This allows you to bring all of your new streaming content from your home WiFi network to one place, paired with your free over-the-air programming. Popular streaming media players are Roku, Apple TV, Amazon Fire TV, and TiVo. Depending on the services you subscribe to online, you can access them through a Blu-ray player or gaming console.

Why choose Antenna TV over other options?

When rated against both standard in the ground cable TV and satellite TV, OTA antenna broadcast TV works the best in bad weather situations.

We only use the best antennas, cables, and supplies on all of our installs. With a professional installation from Tuff Techies you can rest assured you’ll be getting the best possible signal!

Add as Many TV's as You Want!

When adding another TV to your TV antenna it’s as simple as connecting the coax cable! Want to add a brand new location? Our techs can do that too!  No added boxes, no added rental!

(see what’s available in your area) 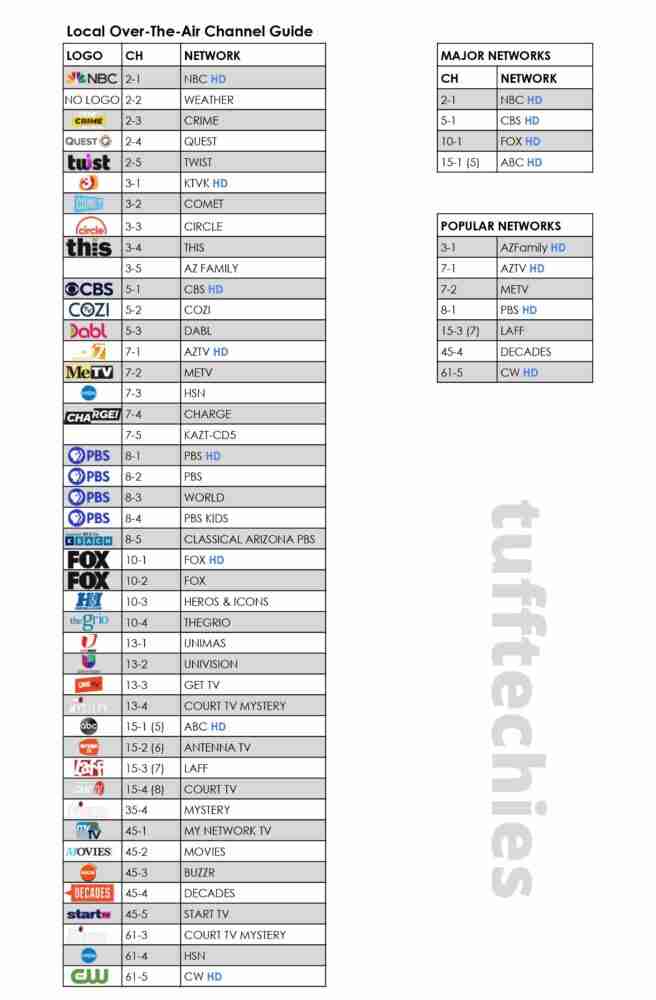 * The channel lineup above is for Prescott Valley and surrounding areas. Not all channels are available everywhere.

You can look up your exact address HERE for more detailed channel information.

Examples of TV Antennas Installed by Our Crew

Antenna installation of our Masterpiece 45 VHF-low TV antenna. This installation was on a single-story home in the Grandville area of Prescott Valley, AZ. We ran a new cable from the antenna to the existing coax junction box and connected it to two TVs inside the home. The customer also had us connect a Tivo DVR to one TV for recording shows. This customer was extra happy to finally get rid of DirecTV! 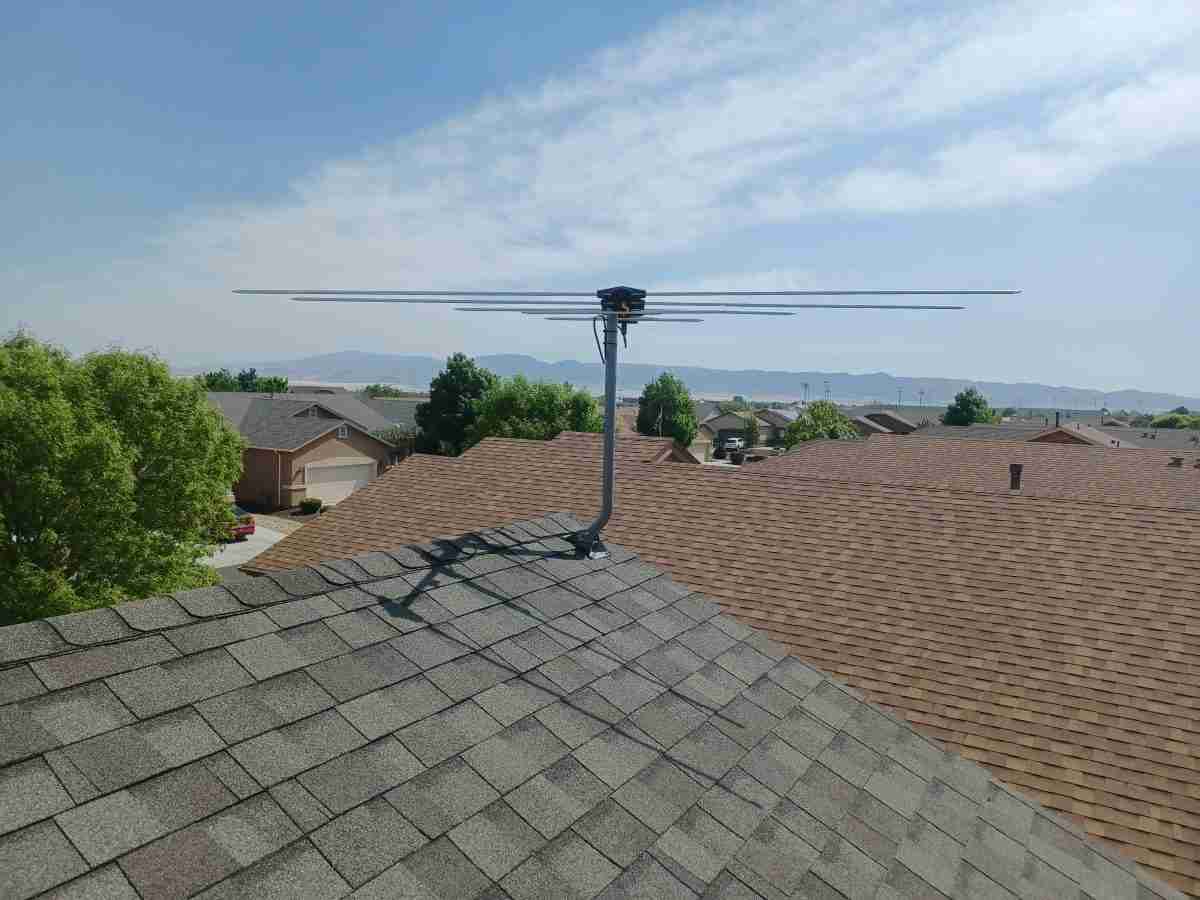 Antenna installation of our Masterpiece 45 VHF-low TV antenna. This installation was on a single-story home in Prescott, AZ. We ran a new cable from the antenna to the existing coax junction box and connected it to one TV inside the home. The customer opted to not have any other TVs connected at the time of the installation but knows they can add more later. 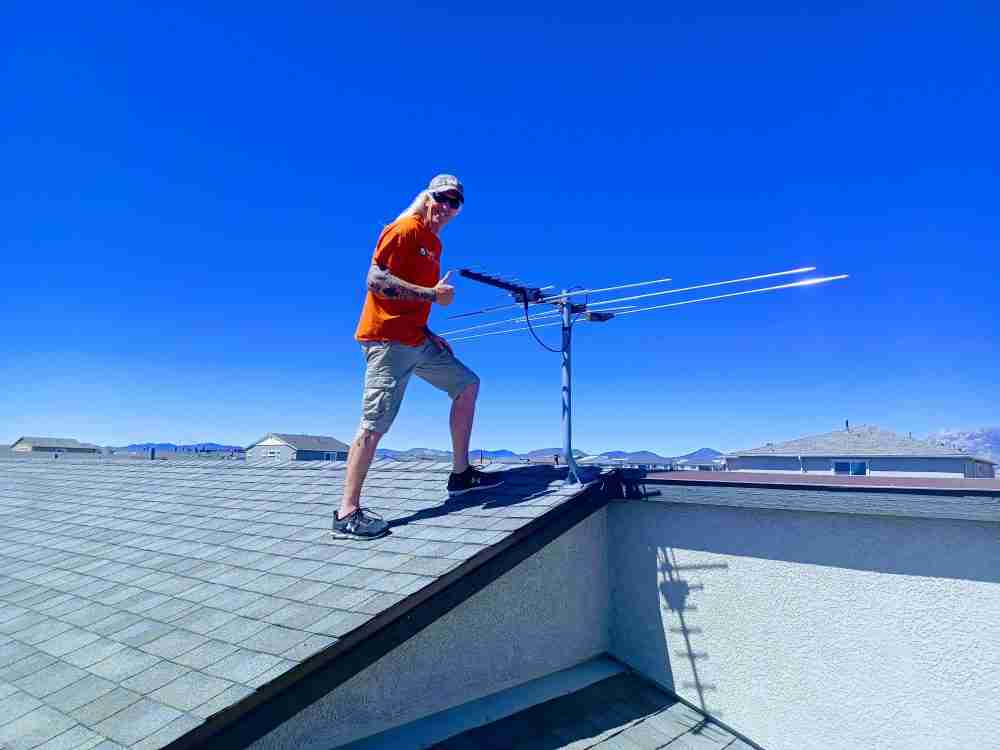 Remove customers non-working antenna installed by another company and install our Masterpiece 45 VHF-low TV antenna. This installation was on a single-story home in Prescott, AZ that went to two TVs. We ran a new cable from the antenna to the existing coax junction box and connected it to one TV inside the home. The customer was extra happy because they never got NBC with their other antenna before, and now they do! 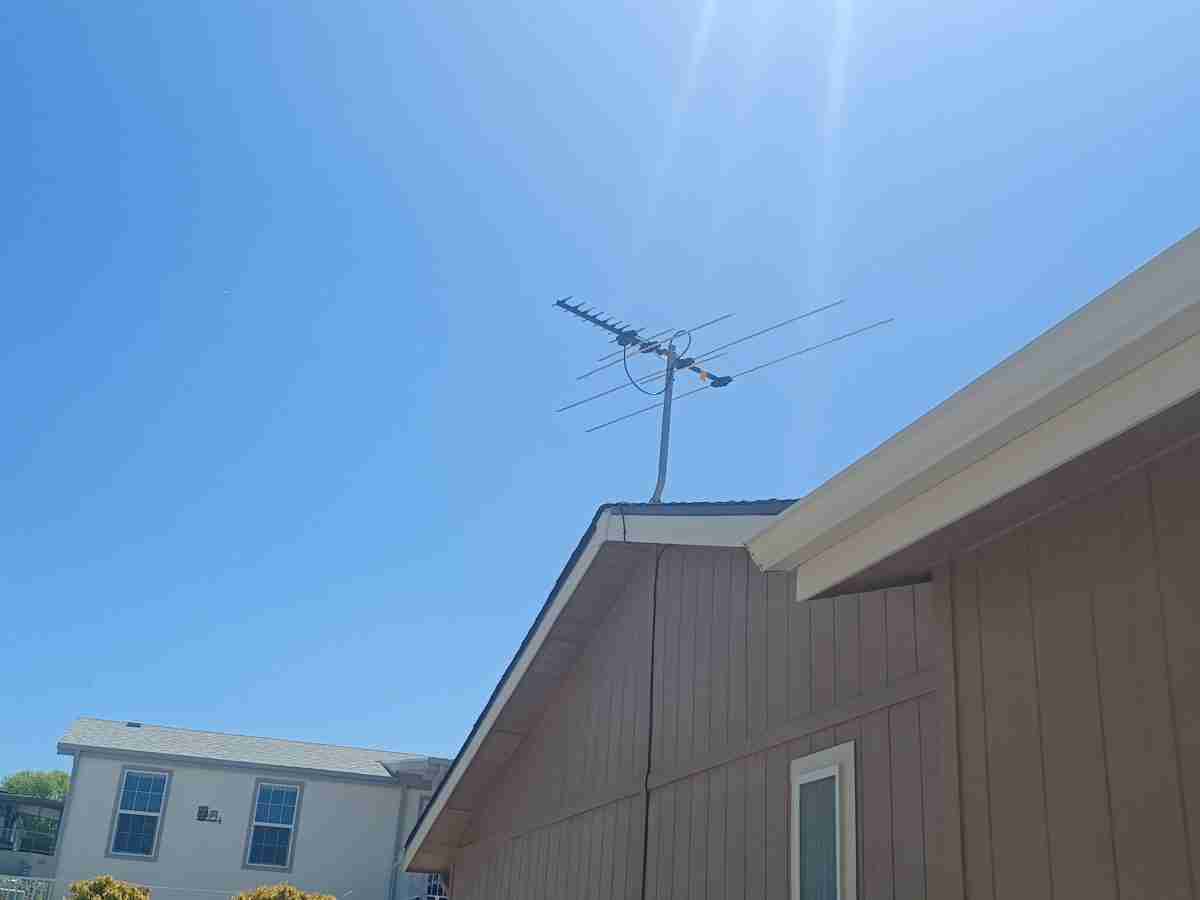 Antenna installation of an 8-bay Xtreme Signal antenna pointing at two different towers to get as many channels as possible. This installation was on a one-story home in Pauldin, AZ. We used the existing mast and replaced their old antennas. Customer was getting 5 channels prior to our arrival and was getting 71 channels to two TVs by the time we left. 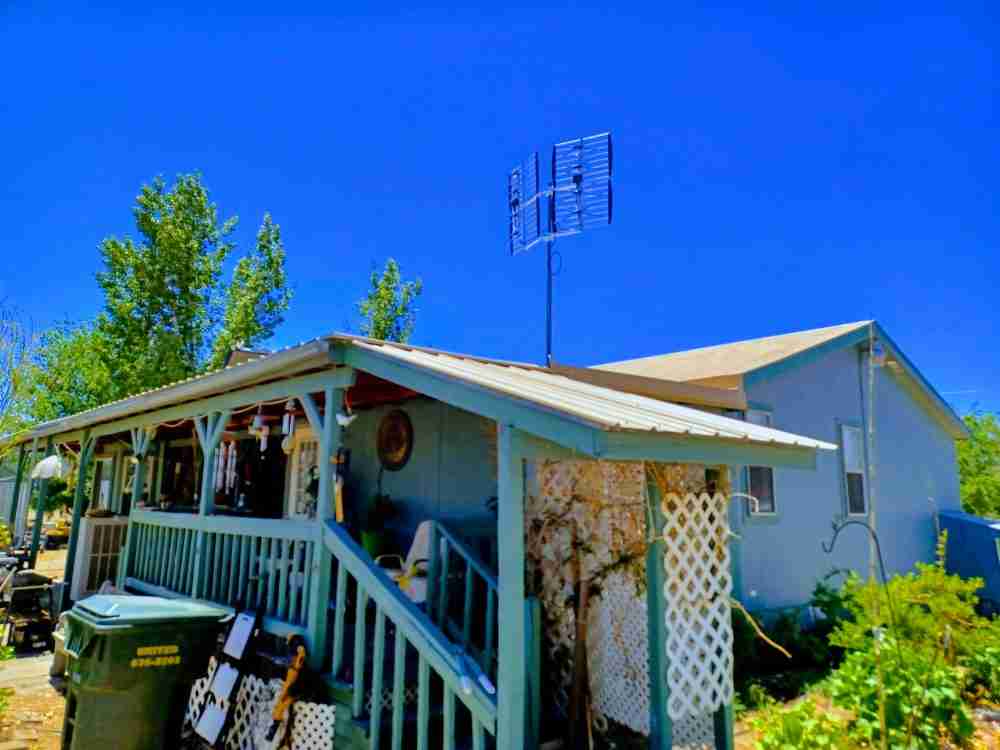 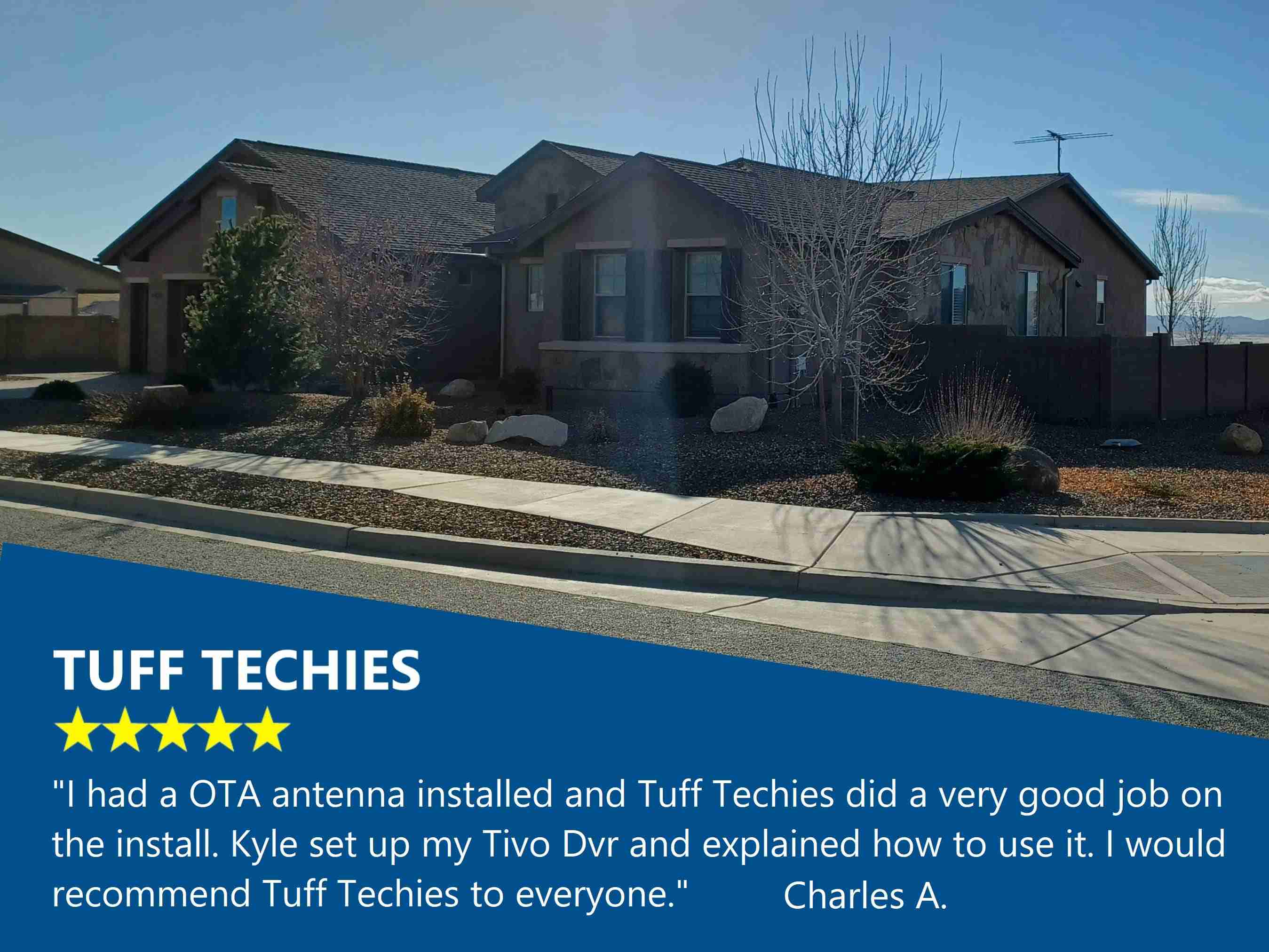 One of our expert techs will start by mounting a TV antenna on the roof or in the attic. Antennas are always secured using the proper hardware and tools to ensure weather resistance and the best functionality.

✅ Connect to a junction box

Run a cable from the newly mounted antenna to the exterior junction box in order to send antenna signals to all TVs within the home. Add splitters and extra lines as needed.

Ensure all TVs are connected to a functioning coax outlet using solid copper cabling for the absolute best reception. Evaluate the number of channels and signal strength to determine if the customer would benefit from a signal booster. Show customers how to use the controller.